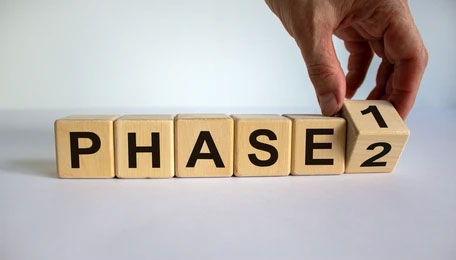 Eisai Co., Ltd and Biogen Inc BIIB, Corporate headquarters: Cambridge, Massachusetts, CEO: Christopher A. Viehbacher, "Biogen") announced that the results from Eisai's large global Phase 3 confirmatory Clarity AD clinical study of lecanemab (development code: BAN2401), an investigational anti-amyloid beta (Aβ) protofibril antibody for the treatment of mild cognitive impairment (MCI) due to Alzheimer's disease (AD) and mild AD (collectively known as early AD) with confirmed presence of amyloid pathology in the brain, were published in the New England Journal of Medicine, one of the world's most prestigious peer-reviewed medical journals. For the details of the paper, please refer to here.

The rapid publication of the Clarity AD study results demonstrates Eisai's strong commitment to trust and transparency based on Eisai's human health care mission. Eisai and Biogen remain committed to disclosing data and information on lecanemab. If approved, we will work to bring the drug expeditiously to people living with early AD and their families.

Eisai serves as the lead of lecanemab development and regulatory submissions globally with both Eisai and Biogen co-commercializing and co-promoting the product and Eisai having final decision-making authority.

This release discusses investigational uses of an agent in development and is not intended to convey conclusions about efficacy or safety. There is no guarantee that such an investigational agent will successfully gain health authority approval.

Lecanemab is an investigational humanized monoclonal antibody for Alzheimer's disease (AD) that is the result of a strategic research alliance between Eisai and BioArctic. Lecanemab selectively binds to neutralize and eliminate soluble, toxic amyloid-beta (Aβ) aggregates (protofibrils) that are thought to contribute to the neurodegenerative process in AD. As such, lecanemab may have the potential to have an effect on disease pathology and to slow down the progression of the disease. Currently, lecanemab is being developed as the only anti- Aβ antibody that can be used for the treatment of early AD without the need for titration.

In July 2022, the U.S. Food and Drug Administration (FDA) accepted Eisai's Biologics License Application (BLA) for lecanemab under the accelerated approval pathway and granted Priority Review. The Prescription Drug User Fee Act action date (PDUFA) is set for January 6, 2023. The FDA has agreed that the results of Clarity AD can serve as the confirmatory study to verify the clinical benefit of lecanemab. In an effort to secure traditional FDA approval for lecanemab as soon as possible, Eisai submitted the BLA through the FDA's Accelerated Approval Pathway so that the agency could complete its review of all lecanemab data with the exception of the data from the confirmatory Clarity AD study. In March 2022, Eisai began submitting application data, with the exception of Clarity AD data, to Japan's Pharmaceuticals and Medical Devices Agency (PMDA) under the prior assessment consultation system. Eisai will discuss the results of Clarity AD study with regulatory authorities in the U.S., Japan and Europe with the aim to file for traditional approval in the U.S. and for marketing authorization applications in Japan and Europe by the end of Eisai's FY2022, which ends March 31, 2023.

Since July 2020 the Phase 3 clinical study (AHEAD 3-45) for individuals with preclinical AD, meaning they are clinically normal and have intermediate or elevated levels of amyloid in their brains, is ongoing. AHEAD 3-45 is conducted as a public-private partnership between the Alzheimer's Clinical Trial Consortium that provides the infrastructure for academic clinical trials in AD and related dementias in the U.S, funded by the National Institute on Aging, part of the National Institutes of Health, Eisai and Biogen.

About the Collaboration between Eisai and Biogen for AD

Eisai and Biogen have been collaborating on the joint development and commercialization of AD treatments since 2014. Eisai serves as the lead of lecanemab development and regulatory submissions globally with both companies co-commercializing and co-promoting the product and Eisai having final decision-making authority.

About the Collaboration between Eisai and BioArctic for AD

Since 2005, Eisai and BioArctic have had a long-term collaboration regarding the development and commercialization of AD treatments. Eisai obtained the global rights to study, develop, manufacture and market lecanemab for the treatment of AD pursuant to an agreement with BioArctic in December 2007. The development and commercialization agreement on the antibody lecanemab back-up was signed in May 2015